All you need to know about fashion law 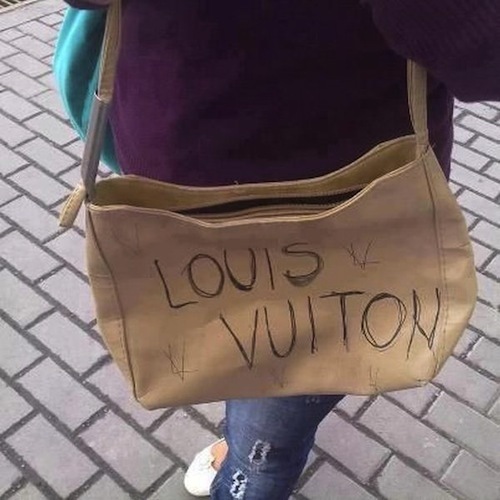 When has it not been daunting to be a fashion designer? Considering that more than 4000 designers graduate every year in the UK and compete, getting a job with one of the world’s top companies is a great challenge, let alone starting your own brand. “You have to be really brave – there’s really no right time,” Louise Wilson has said of doing the latter. But how to properly navigate this industry, when all you’ve been taught in college is to execute your design ideas? There clearly is a lack of practical-business knowledge for those leaving this world’s art schools.


One topic that seems to be of recurring importance to designers, is how to protect themselves from any future harm. They are so busy juggling their day-to-day issues, that they don’t generally think about their designs potentially being ripped off, or what exactly the fine print on a contract means.

Last week, 1 Granary invited fashion’s best fashion lawyer, Hugh Devlin, to McQueen’s Sarabande Foundation, to explain all such things to an audience consisting of CSM and RCA MA Fashion graduates – preparing them for the real world out there, in which, actually, your name might already be registered by somebody else in China, or your designs might be copied by a leading fashion house. So, what to do in these kinds of cases? In an open conversation, Devlin touched on the difficulties of intellectual property rights (which seem to come ten a penny), by looking at specific emerging designer cases. He shared how to nail being a freelancer, and how 10 years ago he was fighting with ZARA on a daily basis – but that’s all changed now for the better. Here’s an insight in a top lawyer’s brain: a handful of advices that may help you to survive fashion legally.

Don’t set up a brand in your own name.

“The best piece of advice I can give if you want to start a business is: don’t call it your name, call it something else. Because that’s something which can be registered. Registration is quite costly, because you have to register it separately in every country of the world. There’s an exception to that in the EU, so for as long as Brexit hasn’t happened, we still have the ability to make an application for the whole of Europe. But right now, I’m advising people who are making a trademark application: have an EU one, have a separate UK one as well. The reason for not setting up a brand that’s your name, is the minute you start bringing somebody else into your business – in the form of investment – they want to know that irrespective of what happens with the business, they have rights to continue with that brand. So they want that trademark to be an asset of the company. If that’s your name, then it can get complicated.”

If you have a show for three seasons but no stockists, you should probably still set up a trademark for your products, but…

“You need to demonstrate that you are using it commercially. I have a client now who has registered her name in lots of different trademark classes four years ago, and she is still not making those products. And that registration will be capable of being cancelled in one more year. So you have to think quite carefully about your strategy there.”

And with that: make sure to especially watch out for the Far East.

“The one country where you have to be really careful is China. Because China doesn’t recognize your innate right to your name, for example. In China, it’s first come first served. So you get a lot of trademark pirates who – the minute you are publicised somewhere – can register your name for a couple of hundred pounds, because they’re local and it’s easy. Probably you also need to register not one but three marks. You need to register your Latin script name, Chinese script version of that, and also the Chinese script phonetic version of it. If you go to China, there are hundreds of shops called Hermes in phonetic script, because Hermès registered the first two, but not the third.”

It’s possible for two people to come up with the same design around the same time. It doesn’t always mean they ripped you off.

“Ultimately the question is if you have been copied. You could design something tonight, and I could design something next week, and they could be very close. If I go to the market first, it doesn’t mean that you can’t come to the market, and I might say “Hold on, you copied me”, but you might say “no, because I designed it a week before you did.” So there has been no copying there. The point of intellectual property protection is to protect you if somebody steals your work.”

It is worthwhile registering your design after you release it, and will offer more protection when you’re copied.

“A few months ago we were contacted by a designer in London in relation to a dress, which was in their spring/summer collection. They were claiming that a high street chain had produced something that was a clear rip-off. On the face of it, it was certainly very close. What we are able to do in that case, is to say to them: “Ok, we can have a passing off argument.” Those can be long and quite difficult to end, and expensive, but actually – you’re within the six month window from when you released this dress in your show. Just registering the design costs £250, and then it’s a slam-dunk, because you’ve got something which is very clearly yours.”

High street chains are cleaning up their ethics (to not go to court all the time).

“On the whole, big businesses are behaving more responsibly. So 10 years ago I was fighting with Zara on an almost monthly basis; now Zara is out shopping for designs. They’re contacting people to say: “Introduce us to this and that young designer and we will pay for five designs.” That’s increasingly the case.”

When working for a company, make sure to legally retain rights over copies of your design.

“It’s almost never going to be offered in a contract, but it will probably never be refused. So always ask for that. Where people will get a little bit snippy, is if you want to make that publicly available, but for your personal portfolio it’s very important that you get that.”

Overworked and underpaid: it’s worth keeping track of your overtime.

“You do have some clout early in your career (when you don’t get paid very much), when at the end of the month you look at the amount of hours that you’ve worked and the salary you’ve been paid for that. If you average that out and it takes you below the minimum wage, you can do something about that. It’s not an annual thing, it’s a monthly thing.”

Lisa Lang teaches us how to talk politics in fashion

The Sterling International hiring consultant talked to us about matchmaking, salaries, and fashion’s obsession with age

The menswear designer's deep-rooted work explores conflict throughout the centuries.

Going Under: Everything you need to know about running a successful business

Fashion business insiders Zach Duane and Gautam Rajani share their words of wisdom on keeping a small business afloat, at the Sarabande Foundation

Anonymous Instagram accounts like Diet Prada have more followers than ELLE and Harper’s Bazaar, but none of the accountability. What does the rise of anonymous commentators mean for the fashion industry?

In an exciting new collaboration, 1 Granary is hosting a series of talks at the Sarabande foundation. The perfect opportunity to take a look at the organisation and their practices.

Masha Reva on experiencing creative success during the war

One week she was working with Harry Styles. The next she was forced to leave her home country as it was invaded by Russia