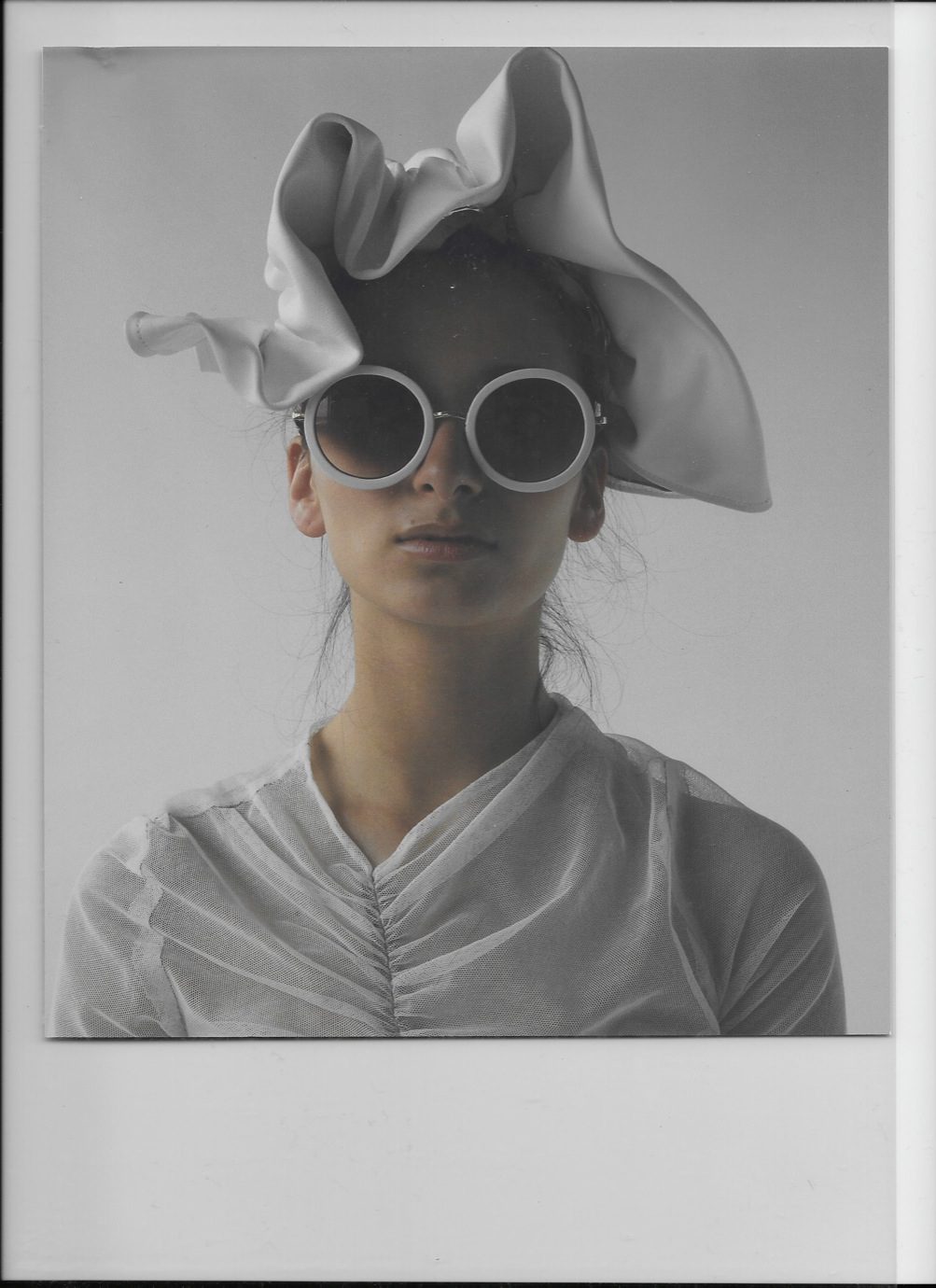 Robert Wallace has a straight-to-the-point approach to his fashion design without too much focus on concept, concentrating instead on the precision and cleanliness of his toiling, which his graduate collection from Central Saint Martin’s BA Womenswear was a masterly exercise in. As he contemplates the next step in his practice — a spot on CSM’s prestigious MA Fashion course awaits — we speak to the designer about bondage references and what happens when you say “fuck it, I just need to make something.”

To Robert, the Womenswear pathway of Central Saint Martin’s BA Fashion course was the only real option for him. He consciously focuses on the clothing itself, without much attention to embellishment or print. “The silhouette is what interests me most,” he explains over e-mail. “I can appreciate all the other stuff, but personally, when I work it’s never something that has the strongest draw for me.”

“I NEVER REALLY AIMED FOR THERE TO BE A SPECIFIC CONCEPT BEHIND IT, WHICH PERHAPS IN HINDSIGHT WAS DETRIMENTAL, BUT C’EST LA VIE.”

Kept in white and shades of pink and moss green, Robert’s graduate collection is a playful exercise in textile manipulation, and how it actively re-shapes the wearer. Tailored jackets are distorted with a shawl collar and paired with asymmetric half skirt/half shorts bottom pieces. Incredibly whimsical in their expression (his manipulated tops evoke wrinkled skin), the garments are left clean; achieving some kind of balanced maturity, paving the way for a more profound appreciation of the incredible craftsmanship that goes into creating such pieces. His research shows far and wide-reaching inspiration, but is always united by attention and fascination for textile manipulation, and particularly, toiling, which came to direct his whole project. “I never really had a specific idea that I wanted to go back to with the design or research, so it really developed just through the toiling itself, and then I tried to include whatever I found interesting at the time,” he says of his loosely-guided process of creating his final collection. “It was playing around a silhouette of the body, and taking away parts of that silhouette. I had a pair of trousers with a cut-out for a toile that was really the basis for everything, and something I would always come back to.” As I mention some recognisable references to bondage, he welcomes that observation, whilst denying that it was a conscious reference in his conceptual development. “ I’m generally interested in clothing that is aware of the body. But when I started the collection I never really aimed for there to be a specific concept behind it, which perhaps in hindsight was detrimental, but c’est la vie.”

“I DEFINITELY FEEL ATTRACTED TO WORK WITH A SMALLER, MORE INTIMATE BRAND THAN A MASSIVE CORPORATION.”

Robert’s simplistic collection seems full of objectives it tries to convey, but he admits how difficult he actually found the process of creating a whole collection. “I really had no idea what I was doing, or what it meant to create a collection, so I found it incredibly difficult,” he explains. “In the end, I was just like ‘fuck, I need to make something’. It was an experience, and for a first time making a collection, I feel that I managed to just managed to scrape through.”

In his placement year, Robert wanted to travel more than anything; seeing different cities around the world and experience what they might have to offer, outside the various internships. Nonetheless, he procured himself a spot at John Galliano in Paris, where he for the first time had the experience of working in a full-functioning atelier. “It was amazing to see how they work,” he recalls. “The attention they pay to their craft is inspiring and beautiful to see.” Other internships include Marchesa in New York and J.W. Anderson in London, but it was in the studio of Copenhagen-based, Antwerp-educated Freya Dalsjø that he had his best experience: “her approach to working with other people is so refreshing, and we were incredibly involved in all aspects of design. I also spent more time there making than anywhere else I had been, so in a purely technical point of view, it was the most educational as well,” he says. Jumping from city to city, Robert learned how different approach to design is across the world, and gained a valuable lesson for his future career: “I definitely feel attracted to work with a smaller, more intimate brand than a massive corporation,” he admits.

The internal show day was to Robert “an odd experience, and I can’t say it was entirely enjoyable,” but he enjoyed seeing what his colleagues on the different pathways had done. “There’s a lot of hype and I don’t think it lives up to it,” he argues. “By that point, you have seen your work so much and overthought it many times.” The press show on the other hand went much more smoothly, and Robert expresses how incredibly grateful he is for having been chosen for the highly competitive showcase.

Looking ahead, Robert is not too sure what the future will hold. After graduation, he was offered a place on the MA course of CSM, which would be unwise not to consider — the offer still stands while he contemplates his next step. “I have interests outside of fashion that I would like to pursue if I have the opportunity,” he reveals, “and although I love the process and the work within uni, I am not so enamoured with working within the fashion industry at the moment. I feel incredibly young compared to some of my peers.” With no fixed agenda, he is happy to see what evolves in the next six months — perhaps even starting a cooperative or collective. “That would be my ideal,” he finishes.

All images courtesy of Robert Wallace

Isidora Durovic: The case for improvisation in design

From childhood modelling for Celine to designing during the pandemic, Serbian designer Isidora Durovic digs into the Working Girl handbag for her graduate collection

How well do creative courses prepare students for the reality of post-graduate life? The CSM BA Womenswear class of 2018 share their thoughts.

Learning from the Boss: John Galliano

A look at the design process of the meticulous tailor

Dahee Kim on abandoning the rulebooks and challenging childhood oppression

Mollie-may Boyd on the irrelevance of the outcome

Chloé Nardin: "I really struggle with what the term ‘fashion designer’ implies."

The CSM BA Womenswear graduate discusses her fixation on precision over performance, and the subtle ergonomics of medieval women's clothing.